What is a Condenser Microphone ?

How does a Condenser Microphone works ?

When sound waves hit the diaphragm, it moves back and forth relative to the solid backplate. In other words, the distance between the two capacitor plates changes. As a result, the capacitance changes to the rhythm of the sound waves. Voilà, we have converted sound into an electrical signal.   The capsule signal itself, however, is much too “fragile” to be connected to other pieces of gear. The condenser capsule’s output voltage is actually quite high, but it produces almost no current, because so little energy is stored in this small capacitor. It requires what is called an “impedance converter”, a circuit that buffers between the capsule and the outside world. The impedance converter makes the signal more “sturdy” by making more signal current available.   Condenser microphones therefore require external power. This could be inconvenient in the old days, but today just about any microphone input offers P48 phantom power.

What is the difference between Condenser and Dynamic Microphone ?

When it comes to microphones, it is imperative that you select the right microphone for the job. Using the wrong mic is like using a hammer to drive home a screw. Sure, you’ll get the job done, but it won’t be done well. Today, we’ll take a brief look at the differences between dynamic and condenser microphones. The first thing you need to do when selecting a microphone is to establish what you want to use the mic for. This isn’t just a matter of deciding if you need a live performance mic or a studio mic. You should first determine whether you need an instrument mic, a drum mic, or a vocal mic. 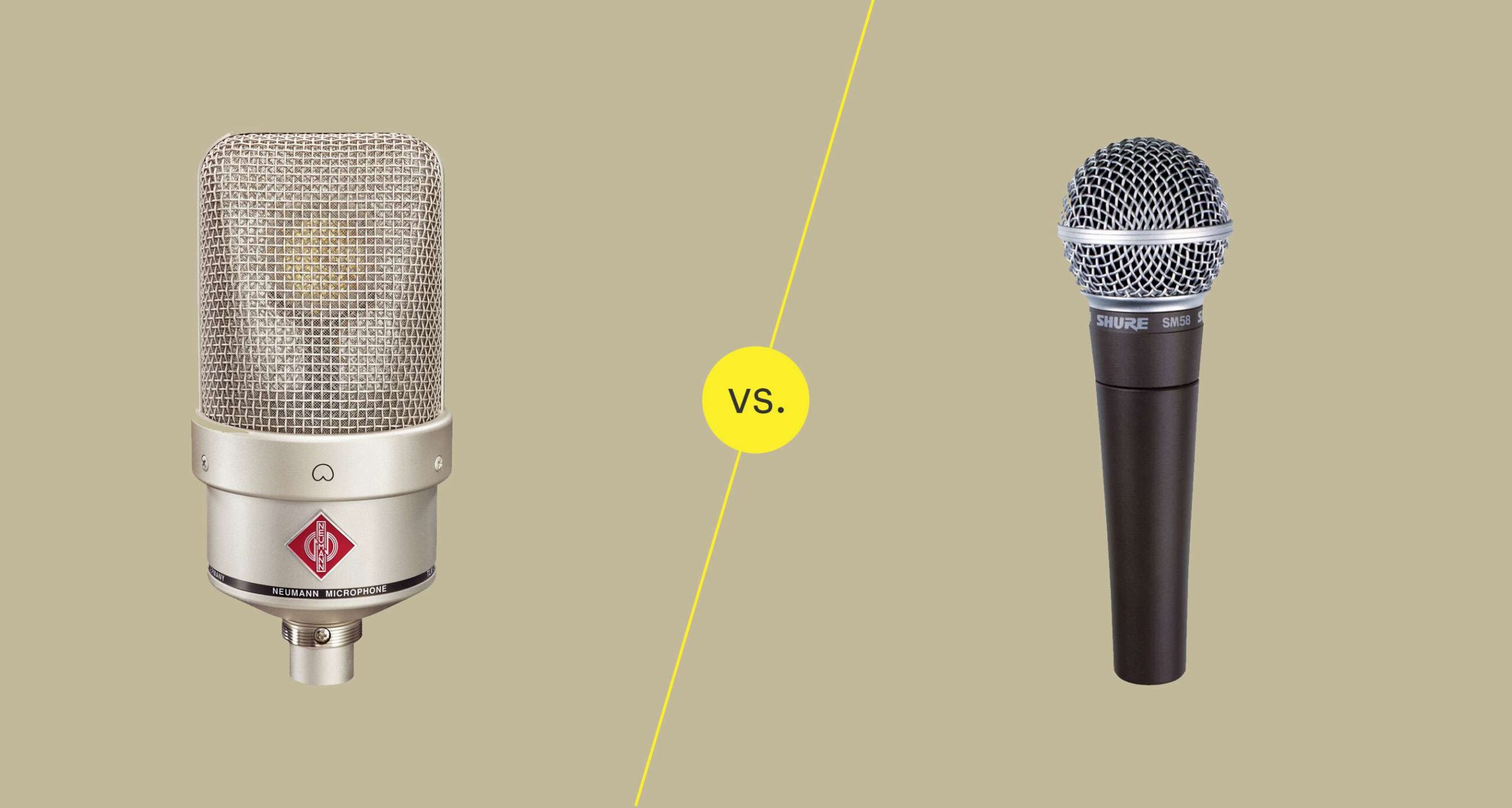 Condenser microphones are best used to capture vocals and high frequencies. They are also the preferred type of microphone for most studio applications. Also known as capacitor microphones, condenser mics are mainly used in studios because of their detail and accuracy. But how is this achieved? Condenser mics are constructed with a lightweight diaphragm which is suspended by a fixed plate. Sound waves cause pressure against the diaphragm, which causes it to move. Because of the thin diaphragm and increased sensitivity, condenser mics are often used to pick up delicate sounds. They also need a power source. While this usually comes in the form of phantom power, it is not uncommon to use a 9v battery.

Dynamic microphones are best used for booming sounds or louder environments . Because of their ability to handle loud sounds and their decreased sensitivity, they are the preferred microphone for live use. Unlike condensers microphones, a dynamic mic uses a wire coil to amplify signal picked up by the diaphragm. As a result, the output of a dynamic mic is lower than a condenser. Another reason why dynamic microphones are great for live sound is that they are incredibly tough. While it’s not ideal to drop a microphone, if you drop your dynamic mic, you are far less likely to damage the mic than if you were to drop a condenser mic. Dynamic mics also don’t need batteries or phantom power, and usually, cost far less than condenser mics. A dynamic mic requires little to no maintenance, and if you practice a reasonable level of care, it will maintain its performance for a lifetime.

If you have any queries about the musical gadgets then please feel free to contact us. You can reach us via our Facebook, Instagram or What’sApp. For the further inquiry you can reach us through our Email ( musicshopnepal@gmail.com ).

Also, let us know if you liked the blog about Condenser Microphone Nepal in the comment section below.